I asked manager, Kyle Wolff how the name came about. He said that two partners, Johann Nel and John Rimbault own the restaurant on land that belongs to Mrs Duthie, a member of one of Knysna’s founding families. 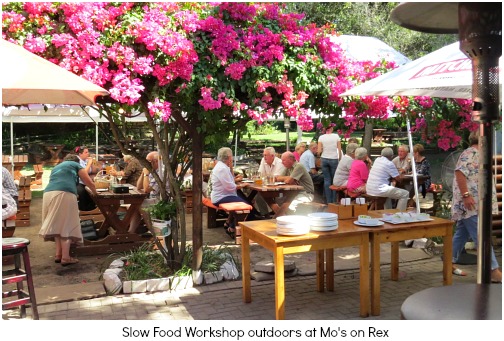 One of Johann’s favourite spots was Mo’s in New Orleans. Apparently after Hurricane Katrina hit the East coast of USA on 29 August 2005 it was the only building in its street that still had its sign on it. Johann took this to be a good omen and so decided to give their restaurant the same name.

Situated on the left hand side of Charles Rex Drive a short distance before the Leisure Island turn-off on the way to the Heads, the restaurant is tucked away in an extensive private shady garden that proffers indoor/ outdoor dining. Currently open only in the evening, Mo’s opened for lunch to host the workshop exclusively. 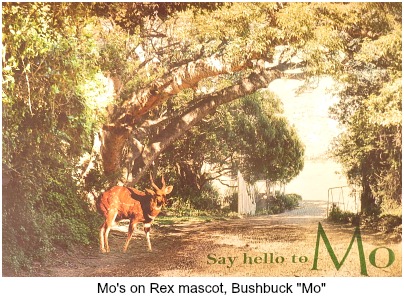 Kyle told me that when things are quiet, bushbuck graze in view of the restaurant, Knysna Turacos indulge themselves in the birdbath and Knysna Woodpeckers can be seen pecking away in the canopy next to the dining tables.

The Restaurant’s Mascot is an identifiable male bushbuck they’ve nick-named “Mo”. What a serene and beautiful place to work as well as to visit - an ideal place to have lunch or an evening meal!

A Taste of Scotland at Old Cape Smoke House

Simon McDonald, as mentioned in a previous workshop, the Hot and Spicy one at Montecello has now teamed up with Mo’s on Rex and has opened the Old Cape Smoke House adjacent to the restaurant. 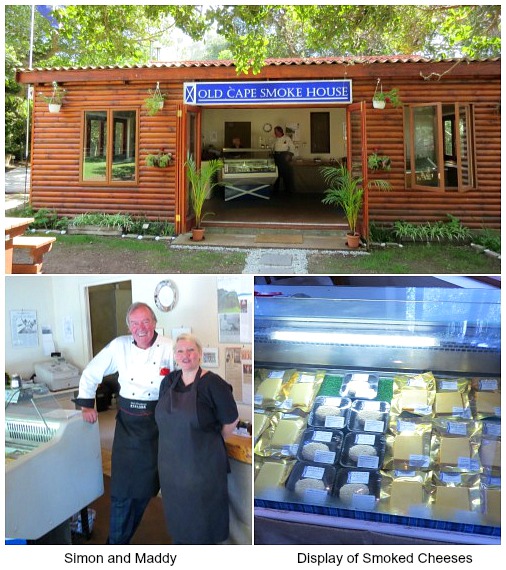 Having the Smoke House next door has created a synergistic relationship that both caterers benefit from. Simon’s products are showcased in the evening in the form of smoked ribs and beautiful tactile platters advertising his products. During the day, people can buy these products at the Smokehouse.

As part of the Taste of Scotland Slow Food Workshop, Simon took us through his small factory shop explaining how it was set up so that products arrived in one door, the wet area, passed through to the smoking area and once done were taken on to the packaging area, exiting through another door – all very hygienic and organised.

Maddy Crous, is his right-hand woman and he says, he couldn’t manage without her. 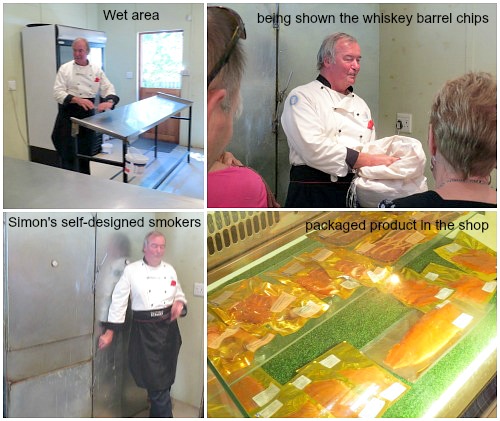 Such is the quality of Simon's products that from South Africa, he still supplies the Queen with her smoked salmon and cheese at Christmas. “There is a piece of heritage in every slice.” says Simon.

The salmon to be smoked comes from farms in Scotland where the stocking density in the cages, the feeding and the slaughtering of the fish humanely is all done to Simon’s specifications.

His knives are sacrosanct.  One knife, he pointed out, had cut 2 million slices of salmon and is still going strong! It was used exclusively for slicing salmon and was sharpened twice a year.

Nobody else sharpened or used his knives. They were for his use exclusively, each knife having its own purpose. 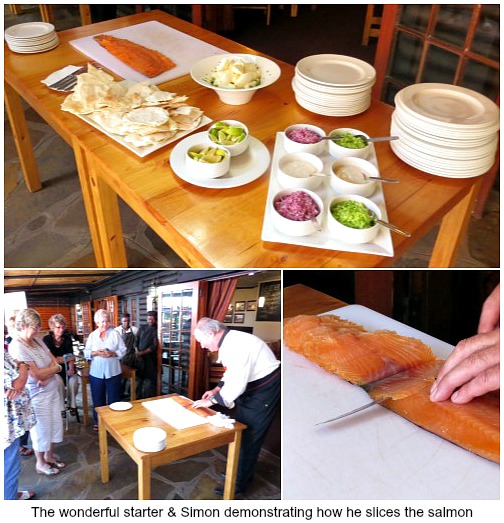 Simon proved on one occasion that his ability to manually slice salmon was faster and resulted in less wastage than an automated slicer that needed two people to work it.

He can slice up 1¼ kgs of salmon at the rate of 38 slices per 1½ minutes.  He gave us a demonstration that had us in awe and at different stages earned him a few rounds of applause!

His products are truly handcrafted food (slow food in the truest sense) and he stated that he would never sell anything he was not prepared to eat himself. He is working hard at present to keep up with local demand.

He also told us that Knysna cream cheese manufactured locally is delicious and he uses it to create smoked cream cheese, a special local delicacy. A local farm also makes the best camembert cheese he’s ever tasted. 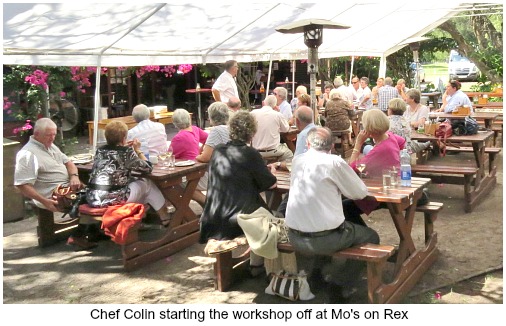 As on a previous Slow Food occasion at EAT in Sedgefield, Gunter Schutz showcased Knynsa’s popular home-brewed beer, Mitchell’s that contains no preservatives or additives for our Taste of Scotland workshop. 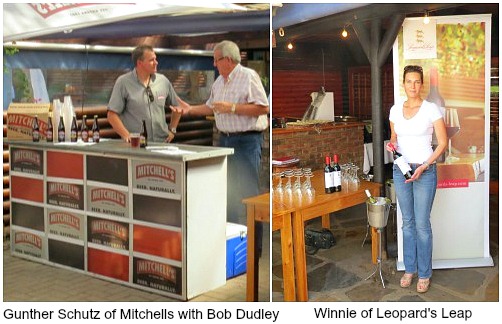 Winnie from Leopard’s Leap presented a wine tasting of two of their classic wines, a white Savignon 2012 and a red, Cabernet Savignon Merlot.

The family owned wine farm of Hein and Hanneli Koegelenberg is situated on the R45, Main Road, Franschhoek. They are a sponsor of the Cape Leopard Trust.

Leopard’s Leap has entered a venture with  international chef, Liam Thomlin who has a culinary studio in the vineyards where he hosts cooking classes and food demonstrations in a state-of-the-art kitchen that incorporates 24 work stations. 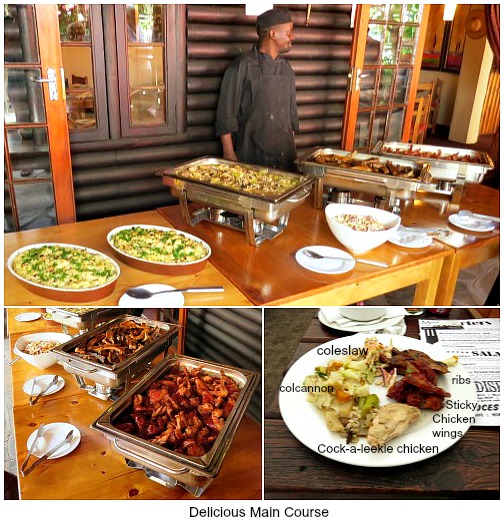 After Slow Food Chef, Colin Capon had introduced Kyle he welcomed the group to Mo’s on Rex for a taste of Scotland and told us that the food was ready.

The main course that followed included sticky raspberry BBQ chicken wings, smoked BBQ spare-ribs and coleslaw provided for us by Mo’s on Rex.

Colin did cock-a-leekie chicken stew with prunes, leeks and barley, colcannon – potatoes, cabbage, and other veg with cream and butter.  All seriously finger-licking good! 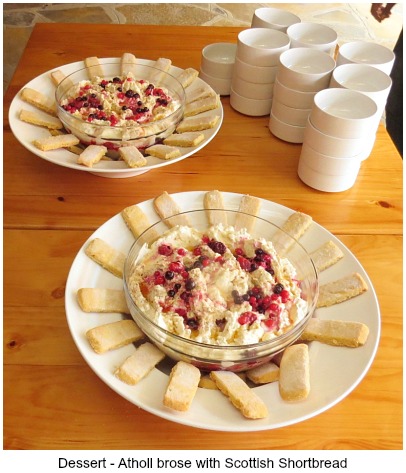 Dessert was Atholl brose – Colin’s version of it which was a divine concoction of  oats, cream, honey and drambuie, along with raspberries, because they are so good in Scotland (and a few other berries) together with Scottish shortbread.

What a special lunch, in a special place where a good few of us had never been before but will certainly be going to again!

Thanks to all who contributed and to Kyle and his staff who hosted the Taste of Scotland Workshop superbly at Mo’s on Rex. 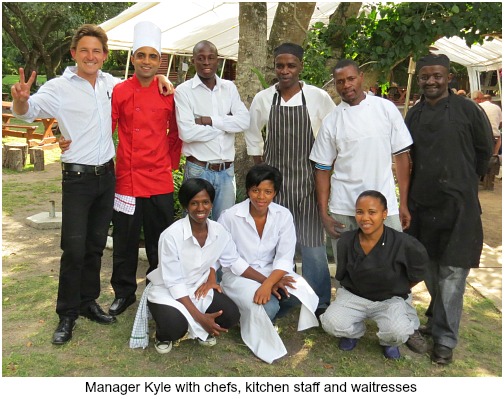