Both my husband and I have had good results using Glutathione for tooth-ache. No-one really wants a dentist fiddling around in your mouth while the Covid-19 lockdown is in place!

I experienced pain with a back tooth in my lower jaw and decided to try the patch overnight by putting it as close as I could to the spot on my jawline on my face. In the morning the pain was gone and I removed the patch.
By the evening the tooth felt sensitive again so I put the same patch on again and the next morning the pain had gone and has not returned. 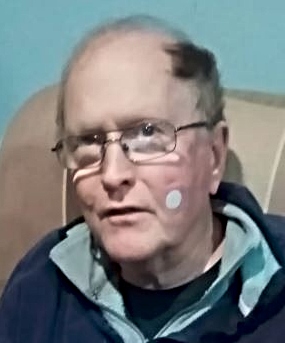 Wayne with a Glutathione patch on his cheek near his sore tooth.

When the same thing was experienced by my husband, I suggested that he use the Glutathione patch over night. In his instance it took a few nights before he felt complete relief from the tooth's sensitivity but after 3 nights of wearing the patch, the pain had completely gone and hasn't returned.

I have also used the patch for a sore on my leg that I realise now, I've had for about 4 years. On the outside of my right leg, a little less than half way down my leg, I can't remember now what caused it. However, it formed a scab that eventually came off but then it kept forming another one.
My husband said I should go and have it burned off by our GP who examined it and agreed that is what should be done. It took a while to heal and then the scab peeled off and the process repeated itself. I noticed that the sore did not like getting wet and was sensitive after I had showered. It also was agitated by any kind of body cream.
When I was introduced to LIFEWAVE and started using the patches, I didn't really notice them having any effect on the sore until I decided to put a patch right next to it. While the sore is still visible on the skin, it is now the best it has been, the sensitivity has gone and the scab that kept forming has stopped. 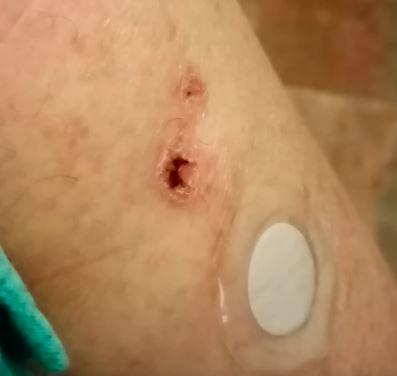 Almost the end of my 4 year leg sore